Today I am excited to share with you my interview with Geanna Culbertson, author of Crisanta Knight: Protagonist Bound and The Crisanta Knight Series. If you are looking for a new spin on fairy tales and folklore, all delivered in a fun and thrilling package, these books deliver.

﻿﻿
Anyhow, on to the interview! 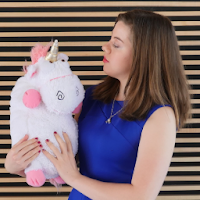 I see from your profile that you practice and occasionally teach karate. What are your favorite aspects of this martial art? Does what you have learned from practicing karate show up in your writing, and how?


What I love most about karate is simply the action-packed, empowering nature of the activity. When I was little I had the aspiration of being like the superheroes I so admired in film and television. I wanted to be just like them. Alas, “superhero” is not exactly a career one can pursue as a grown-up. Add to that, when I was younger I was small, round, and confined to a corrective back brace that limited my physical activity. However, as I grew I decided that I would not let that stop me from being the girl I wanted to be. And I realized if I wanted to be my own version of “super” it would be up to me alone to work hard and achieve that. So that’s what I did. Through training, over the years I have worked hard to make myself stronger, faster, and someone I can be proud of. Karate encompasses those feelings. Every time I learn a new maneuver, or spar, or train my students I feel the kind of elation that comes with pursuing something you love, and knowing that every day you are trying to be a better version of yourself.

My karate teachings do show up in my writing. As a general rule, I wanted every action sequence in my series and every fight my characters get into to be physically possible and make sense. So while I can’t run drills with Pegasi or dragons as I write, I do run through the physical dynamics and physics of my fight scenes to the best of my ability. I’ve tested knife maneuvers on my karate teacher, I run through the battle choreography of my characters in my garage with various types of workout equipment, I’ve even had mock sword fights with friends in conference rooms during breaks from work. My knowledge of different weapons definitely helps with this. It is way easier to write action for swords, knives, shields, etc. If you understand the way they move and how your body reacts to them.

I'm from California as well. What do you most love about living there?


The food. Hands down. I’m a lover of good food, and my favorite pastime is going on eating adventures with my mom (a.k.a. my partner in crime). And the great thing about California is the diversity of food you can experience. If you want ramen, head to Little Tokyo. Fancy a delicious sushi dinner? Happy hour at Blue C Sushi at Fashion Island is the best. The world’s greatest chips and salsa? La Sirena Grill in El Segundo. The world’s greatest guacamole? Rosa Mexicano at LA LIVE downtown is to die for. Need I go on?


When I lived in California, I used to love going to Knott's Berry Farm. Do you like going to theme parks? If so, what do you like about them?


You know, in all honesty I’m not really a theme park person. Though I did just go to the Harry Potter World that opened at Universal Studios Hollywood and I had a great time! My friend and I got chosen by our wands (Holly Wood with a Dragon Heartstring Core, thank you very much), drank delicious pumpkin juice, and went on the rides so many times we got dizzy. It was awesome!


I found your Crisanta Knight character to be complex but lighthearted and fun, as well. How much of her personality reflects your own? Who else provides inspiration for the characters in your story? Have any of them recognized themselves in the pages?


I would definitely say that Crisanta’s personality is a reflection of my own. She is not an exact copy. The analogy I like to use is that she is to me what Iron Man is to Tony Stark—we share the same core and heart, but are different personas. My friends do tell me that when they read the books they hear my voice shining through, though. I think that’s because a lot of the big personality traits are the same, particularly her sass and sense of humor, but also (as you noted) the balance between complex/serious and lightheartedly fun. I also gave her a lot of my random quirks and characteristics, like my love of boots!

In terms of other characters, the rest of the main protagonists (Blue, Jason, SJ, and Daniel) weren’t inspired by anyone in particular. But there are some side characters throughout the series that pull inspiration from people I’ve known in life, both good and bad. I also like to give little shout outs to people or places who mattered in my life through names of characters and settings in the series. The kingdom of Harzana, for example, was in honor of my good friend and sorority big sister Alexa Harzan.


I think readers will be surprised by a lot of what’s coming. Like Crisanta Knight herself, this series doesn’t play by the rules. We’re going to explore a lot of characters, settings, and themes. Given that CHANGE is one of the main thematic elements of the series, I intend to keep it fresh at every turn.


I am so excited about Book Two coming out! The Crisanta Knight Series is comprised of eight books. Having finished writing Book Five recently, I feel like the storyline with Book Two was one of the hardest to write so far because I put Crisanta through the wringer so much. I intend for her to grow into someone incredible, but that means she has to go through a lot of internal challenges and growth first. With the story being told in such an in-depth first person narrative, as an author I really get into the struggling mindset of my characters and that is an intensive endeavor.

That being said, Book Two (like all books in this series) is full of the same humor and heart as Book One, which makes the story fun to read. That element of FUN is very important to me. As the series develops, the plots and twists and challenges will get more intense, but I never want the story to lose that spark of magic and humor and fun. That was my favorite element of The Harry Potter Series. Even as the characters became older and the world grew darker, you still smiled during the stories and had a good time reading them. And that’s what I want for my readers—at the end of the day, I want them to have a good time reading this series.


-----
You can pick up the first two books of the Crisanta Knight Series on Amazon.  Book Two comes out December 6, 2016, but it's available on pre-order now. I've read both and loved them!

I read too much!

Shadows of Valor
by Patricia Hamill
tagged: written-by-me and 2013-reads

The Golden Ship
by Patricia Hamill
tagged: written-by-me and novella